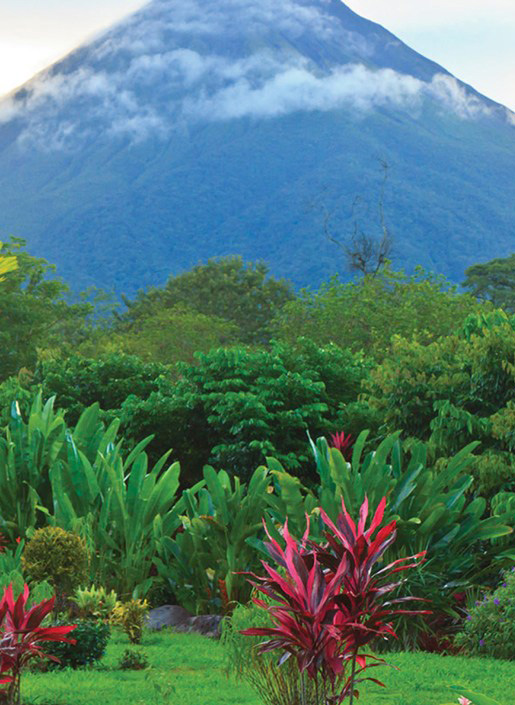 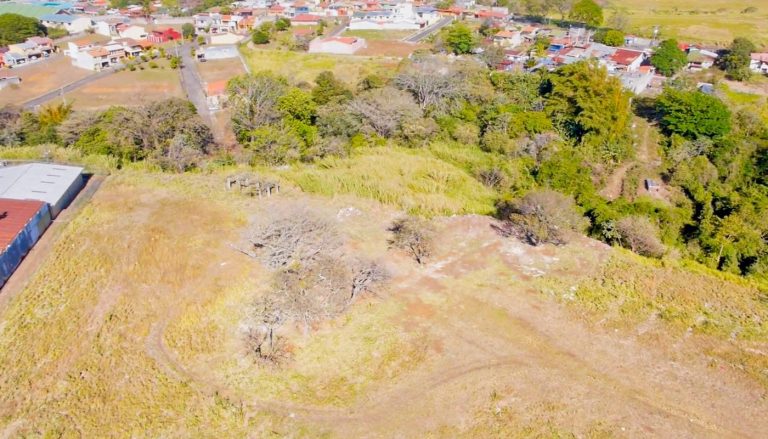 The property is located in beautiful Costa Rica, in Barrio San José of Alajuela, near the capital city of San José.
It benefits from a great location, has a gentle slope allowing a beautiful view, trees and even a river. It is bordered at the south by a highway going to Alajuela’s center, is near commerces and markets (MasxMenos supermarket next to it, MegaSuper supermarket across the highway), hotels and historical sites. The neighborhood where it sits became very desirable as Alajuela’s popularity is growing. Wealthy to middle class families are leaving urban San José to enjoy a better life in this historical, beautiful and more quiet town. Yet, for people working in San José, it’s only a little more than dozen miles away. Alajuela is also a great touristic attraction because of its beautiful architecture and nature.

The property is located in Alajuela,

a beautiful, historical and dynamic city near Costa Rica’s capital city of San José. It’s conveniently bordered at the south by the Highway 3 which connects to San José. At North is a wood of beautiful trees with a river and little creeks.
Alajuela is the birthplace of Juan Santamaría, the national hero of Costa Rica and the figure who gives the name to the country’s main international airport, which is south of Alajuela downtown. The Alajuela canton has a population of about 287,211 people. Its diversity of production is the driving force behind the local and national economy. The surroundings of the Juan Santamaría International Airport, the main entry point to Costa Rica, are developing into a large concentration of exporting businesses. Many of these businesses are manufacturing industries that work within the free trade zones. Visitors will find many attractions to see, like the Juan Santamaría History Museum, the Alajuela Cultural Center or the Cathedral that was restored in 2010, whose interior displays beautiful pictorial works of art. Costa Rica’s stability, ecology and quality of life attract high-tech companies, investors, retirees and tourists. Costa Rica is one of the most politically stable country of Central America. It also has the highest education level per capita and no army. The crime rate is also much lower when compared to some other countries of the region. Tourism, and especially ecotourism, is growing steadily every year as people are attracted by the beautiful and unique nature (beach, tropical forest, volcanoes), the fauna and flora, the nice, warm climate, the kindness of Costaricans, and the stability of the country. To learn more about Costa Rica’s avantages and its economy, please click HERE. 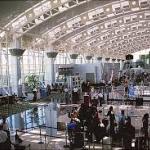 Juan Santamaría International Airport is located in 20 kilometers from downtown San José, Costa Rica. With over 4 million annual passengers, Juan Santamaría is the 2nd busiest airport in Central America. The airport has a Main Terminal serving international passengers while the Sansa Terminal, named for Sansa Airlines, handles domestic flights. Over 15 airlines serve the airport including non-stop routes from the US and Canada, a 3- to 7-hour flight. In 2010, Juan Santamaría International Airport received 4.3 million passengers, most of them from international flights. There is a bus stop outside the airport for the Alajuela – San José and Alajuela – Heredia route in both directions. 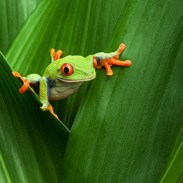 A few minutes away west of the property is the Alajuela zoo called Zoo Ave. This is not your typical zoo, rather it is an animal rescue and breeding centre which is open to visitors. Animal here are native for Central or South America, and many of the species are endangered. A wonderful place to visit and great introduction to Costa Rica’s fauna. Ranked #2 on 24 things to do in Alajuela by Trip Advisor. 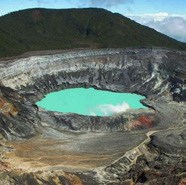 By taking Highway 3 (to the West) or Highway 126 (to the North) from Alajuela you can reach the beautiful coast or the National Parks and volcanoes. With its rich biodiversity and immense eco-system, ecotourism in Costa Rica leads the ranks in this category of tourism. The country takes advantage of the growing demand for eco-tourists to visit these protected areas in exchange for profit.For years, growth in tourism in Central America was extremely slow due to civil wars in various regions; however, as peace developed in neighboring countries, tourism in Costa Rica has skyrocketed over the past two decades.Many of the first ecotourists were academics who came to the country to study biology. The publications generated by of these biologists, coupled with a more aggressive campaign by the Costa Rican Tourism Board (ICT), soon led to a growing group of “nature tourists.” By 1995, more than 800,000 foreigners came to Costa Rica, many of whom visited national parks and reserves. The tourism boom began in 1987, with a historical record of 2.34 million foreign visitors in 2012. In 2012 international tourist receipts reached US$2.4 billion.


FOR ANY PROPERTY INQUIRIES

Login to ALAJUELA PROPERTY
Reset Password
Enter the username or e-mail you used in your profile. A password reset link will be sent to you by email.